Welcome back! I hope you enjoyed the Prologue from ALONG CAME A SPIDER! If you didn’t have the chance to read it yet, check it out here.

Without further ado, here is another short glimpse of Trish and Nicky’s story. Enjoy!

From Chapter 2 of Along Came a Spider…. 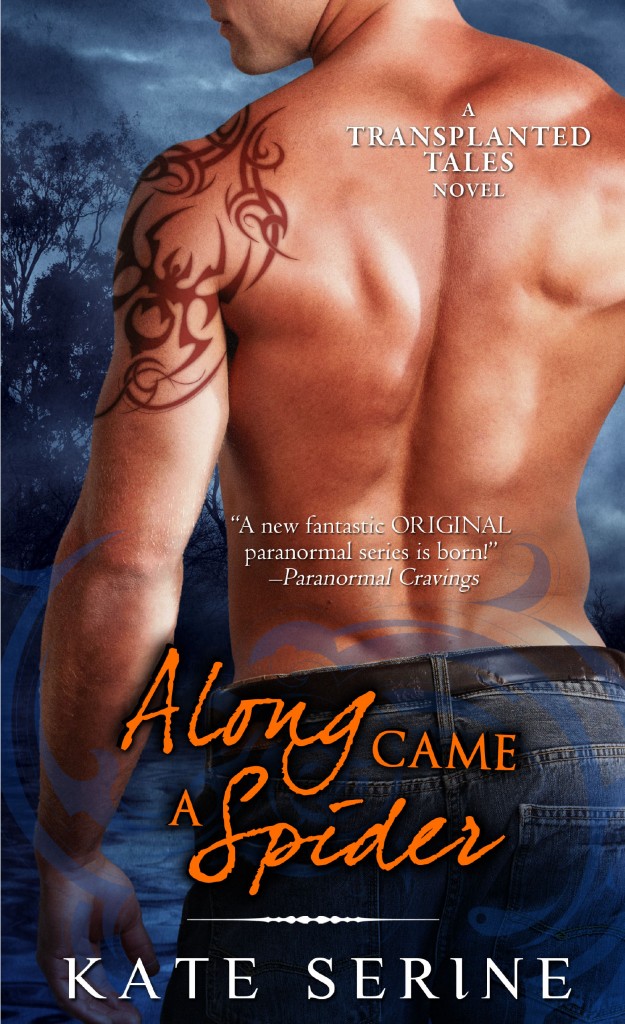 My eyes darted toward the sound of the man’s voice. He stood over the body of the blonde, a small crossbow aimed at the brunette. I bit down on the vampire’s arm as hard as I could, drawing her tainted blood. When she roared with rage, her grip loosening for a fraction of a second, I dropped, rolling out of the way as the man in black fired the crossbow. The arrow struck the center of the woman’s chest. Her eyes went wide for a fraction of a second before she crumpled into a permanently dead heap.

So this was the infamous Spider?

I totally took back everything I’d said about the guy being no better than the criminals he brought down. He was my new BFF. I was tempted to see if he was a bit parched after the ass kicking he’d just doled out and maybe wanted to join me for a super stiff drink at Ever Afters, but then the mind-numbing pain in my wrist reminded me I probably had other business to tend to first.

Out of breath, I scooted myself back with my good arm until I could lean against one of the dumpsters. My adrenaline left me in a rush, and I was suddenly completely exhausted. I closed my eyes and let my head fall back.

My eyes snapped open, my stomach clenching painfully. There was something so familiar about that voice. . . . “What?”

My rescuer squatted down in front of me. “Are you all right?”

I blinked at him, suddenly experiencing a serious case of déjà vu. The man’s tone was rough, clipped, and there was no hint of mischief or roguish charm. Still . . .

“My wrist is broken,” I said a little breathlessly. “But it’s already healing. I’ll be fine by tomorrow.”

He gave me a tight nod and started to rise, but then seemed to reconsider and resumed his crouch before me. He studied me for a long moment, giving me a good glimpse of his eyes, but they were in shadow, obscuring the color, and he was completely on his guard. There was no way I was getting in.

“You did good, doll,” he said finally. “Made my job one helluva lot easier.”

I felt my cheeks going warm at the praise. “Thanks.”

His eyes narrowed, crinkling a little behind his ski mask and giving me the impression that he was grinning. “But you know, you shouldn’t be out here alone at night, even if you can kick ass,” he admonished. Then he reached up and twisted one of my ringlets around his gloved index finger and pulled gently before letting it spring back into place. “I’d hate to see harm come to a girl as pretty as you.”

My eyes went wide. Holy shit. “Nicky Blue?” I gasped. “You’re the Spider?” He jumped to his feet and took a few quick steps before I found my voice to cry out, “Wait! Nicky! It’s okay—I know you!”

He halted midstride and shook his head. “No, you don’t,” he said over his shoulder. “No one does. Not anymore.”

Thanks so much for stopping by to read this special excerpt from ALONG CAME A SPIDER! I hope you enjoyed this sneak peek at Trish and Nicky’s story. If you’d like a chance to win a copy of the book when it comes out in August and some other Transplanted Tales swag, just enter the giveaway using the Rafflecopter widget below. Thanks–and happy reading! 🙂