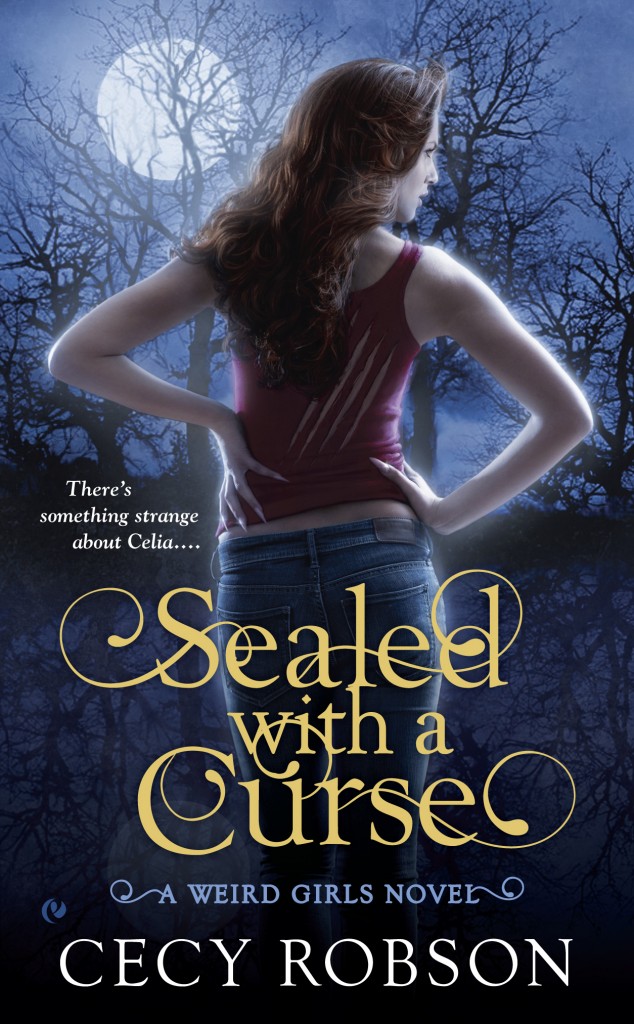 If you’ve been hanging out on my blog lately, you’ve probably seen me gush about Cecy Robson’s THE WEIRD GIRLS: A NOVELLA. Well, I just finished an ARC of her debut urban fantasy novel, SEALED WITH A CURSE, and let me tell you, folks — it totally blew me away! The things I loved about the novella are even more extraordinary in the novel.

I was so impressed with how deftly Robson balances action, suspense, and humor. In addition, the sexual tension between protagonist Celia and the men vying for her affection is fantastic! I have to say, I’m rather smitten with both Aric, super sexy alpha werewolf, and Misha, super sexy master vampire. (Are you sensing a “super sexy” theme here?) Even though it’s pretty clear which man Celia should choose, there are definitely some obstacles (both internal and external) to them getting together, which keeps the relationship interesting. And the rivalry between the two men provides several opportunities for hilarious pissing contests in an effort to win Celia’s heart.

For you action-junkies, SEALED WITH A CURSE certainly doesn’t disappoint! This is a fast-paced, action-packed story that will keep you plowing through the pages to find out what happens next. And consider yourself warned — the last few chapters had my heart pounding! I sincerely LOVED this novel and can’t wait until the second book in the series, A CURSED EMBRACE, comes out in July 2013!

So, curious to know more about the author behind this amazing new series that has impressed the hell out of me? I’ve been lucky enough to get to know Cecy over the last few months because we share the same fabulous agent. But I honestly had never read any of her work or talked with her much about her series until we chatted recently, writer to writer. I thought I’d share our chat with all of you:

Welcome, Cecy! I’m so excited to have you here to visit! Tell everyone a little bit about yourself.

I’m a big nerd who just so happens to be funny and can tell a good story.

Woohoo! Nerds unite! (And, for the record, Cecy is seriously funny — and that comes through in her writing!). So, what has been the most exciting moment so far in your publishing journey? The most frustrating?

I would say my most exciting — and coincidentally enough vomit-inducing — moment was getting “the call” from my agent telling me she’d sold my series to Penguin.

I wouldn’t say things have been frustrating, but rather challenging.  We live in a time where it’s not enough just to write well — you have to be noticed, and you have to be different.  It’s a difficult task in an industry saturated with authors.

Oh, honey — I feel your pain! It’s definitely a tough juggling act. So, if there’s anything you could’ve done differently, what would it be? Any advice you can share with other authors?

I would have liked to enjoy the process and the moments more.  I’m always stressed about the next step.  I’m really working on just sitting back and enjoying the fact that my books will soon hit the shelves rather than worrying about the “what if’s.”

That’s a great goal to have! So, how do you deal with the “dark days” — those times all us authors have when self-doubt and frustration set in?

I usually call my beloved agent and friend, Nicole, and / or hash it out with my close writer peeps who are facing the same sort of darkness and self-doubt.

I really can’t say enough wonderful things about your WEIRD GIRLS series! Can you tell everyone what they can expect?

Celia, Taran, Shayna, and Emme Wird are sisters who’ve received their powers as a result of a backfired curse placed on their Latina mother for marrying outside her race.  The curse was supposed to harm their mother’s unborn children. Instead it granted the sisters unique powers, making them different from anyone and anything on earth.  Celia can change into a golden tigress, but unlike a werebeast she is incapable of healing.  She can also break down her molecules and shift underground like sand through a colander.  Taran releases her powers in the form of fire and lightning.  Shayna is a master of weaponry with the ability to manipulate alloys.  Emme is powerful telekinetic with the gift to heal herself and others. Their journey begins when the supernatural community becomes aware of who they are, and what they can do.  Expect a great deal of action, tension, romance, and inappropriate, twisted, and laugh out loud humor.

What was the inspiration for the WEIRD GIRLS? Can you pinpoint one moment when the lightning struck, or did the idea for the series evolve over time?

Weird Girls originally came from a dream involving four, commando-type girls with werewolf boyfriends.  It was a strange dream, the males were humans claiming to be werewolves though they never turned into their beasts. I thought it would be a great idea for a story, but had to work out A LOT of details.

You deal with curses, witches, weres, shifters, vampires… Did you do a lot of research prior to writing the novels or go with what seemed right for the context of the story?

I actually didn’t do much research with regard to their powers.  Most came from how I envisioned the sisters — along with the witches, werebeasts, vampires, etc. — should be.  What I did research was the Lake Tahoe region, which is the area where the series is based.  I also researched Latin American folklore for a few short stories, and the various countries the girls will visit.

How many books are currently planned for the WEIRD GIRLS series? Will the entire series follow Celia, or will the other sisters get their time to shine?

I have eight planned for the series so far.  Celia currently has five of her own, four of which are already written.  There’s been talk about the other girls getting their own books, but nothing has been finalized.

Who are some of your professional influences? What writers inspire you?

I love the world-building of JK Rowling, the hauntingly beautiful writing of Patricia Briggs, and the action, wit, and brilliance of Jim Butcher.

What’s one thing you could tell us about you and/or one of your characters that would shock and amaze?

I can open doors with my feet.  Shayna (if holding or wearing anything metal) can transfer the alloy into pieces of wood and transform it into a deadly sharp weapon.  I suppose that’s pretty impressive, too.

That’s definitely impressive! You know what else is impressive? The incredible WEIRD GIRLS swag Cecy is giving away to one lucky visitor! Just sign up for your chance to win using the Rafflecopter widget below. A winner will be announced next week.

Thanks for stopping by, Cecy! It’s been great chatting with you about the biz and about your fantastic series! If you all would like to get to know Cecy, too, here you go: 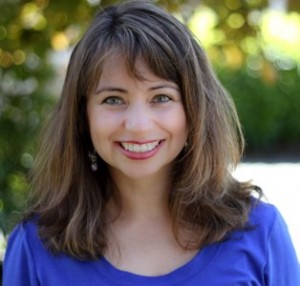 Cecy (pronounced Sessy) Robson is an author with Penguin’s SIGNET ECLIPSE. She attributes her passion for story-telling back to the rough New Jersey neighborhood she was raised in. As a child, she was rarely allowed to leave the safety of her house and passed her time fantasizing about flying, fairies, and things that go bump in the night. Her dad unwittingly encouraged Cecy’s creativity by kissing her goodnight wearing vampire fangs. Gifted and cursed with an overactive imagination, she began writing her Urban Fantasy Romance Series, Weird Girls, in May 2009. THE WEIRD GIRLS: A Novella, debuts December 4, 2012 followed by SEALED WITH A CURSE, December 31, 2012, and A CURSED EMBRACE, July 2, 2013.

*Disclaimer: I received an ARC from the author in exchange for my honest opinion.

28 responses to “Writer-to-Writer with Cecy Robson”